Japan is preparing to enjoy a dubbed version of the donghua series CLICK LINK, which is currently streaming with its original Chinese audio and English subtitles on Funimation. The Japanese version will premiere on TOKYO MX and BS11 on January 9, 2022, with Amazon Prime Video releasing the original version on the same day.

Ahead of that, a new key visual is here with a Japanese dubbed trailer, featuring the main cast Toshiyuki Toyonaga as Toki (Cheng Xiaoshi), Takahiro Sakurai like Hikaru (Lu Guang), and Aoi Koga like Rin (Qiao Ling).

The opening theme song, “Dive Back in Time”, is performed by Gen Kakon, and the ending theme, “OverThink”, is from EAERAN. 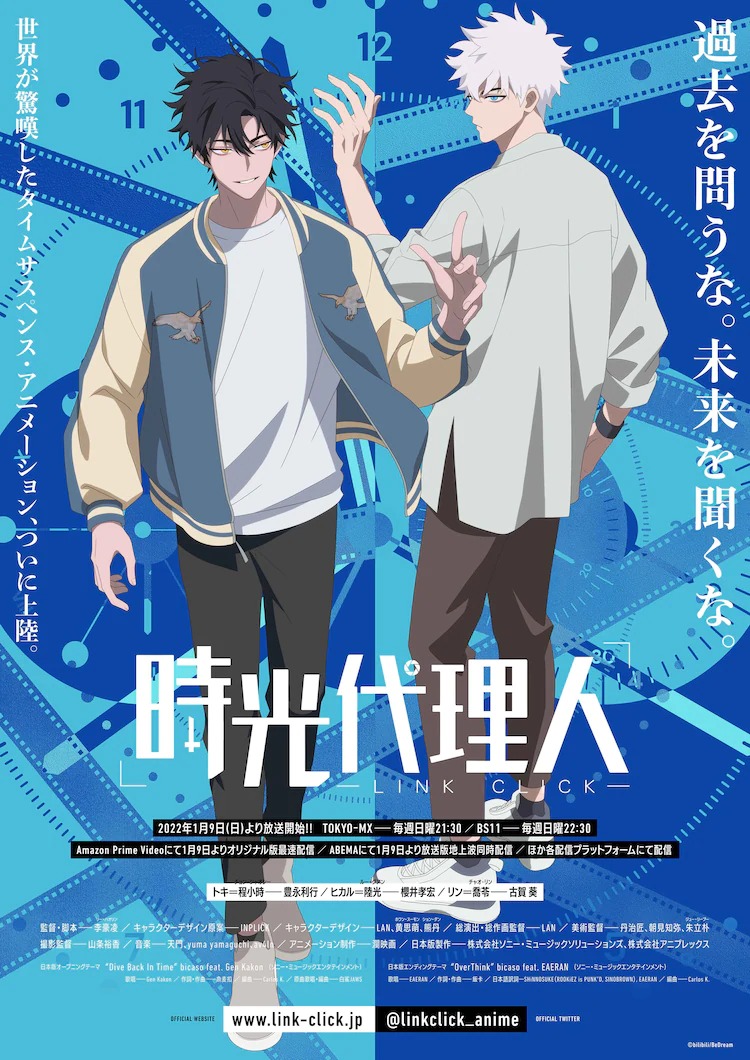 Here’s how Funimation describes the series:

Using superpowers to capture photos of their customers one by one, Cheng Xiaoshi and Lu Guang take their jobs seriously at “Time Photo Studio,” a small photography shop set against the backdrop of a modern metropolis. Every job can be fraught with danger, but nothing is more important than executing every command, no matter the scale… or peril involved!

Joseph Luster is the game and web editor at Otaku Magazine United States. You can read his comics at sub-humanzoids. Follow him on Twitter @Moldilox.